Over a year ago the TV series, Stan Lee's Superhumans, filmed a segment at my ranch featuring my alpacas. It is currently being shown on the History2 Channel on Sunday evenings. The episode is called "Beast Masters". My segment features Chi Master Kanzawa Sensei who was flown in from Japan. Mr, Sensei claims he can put any animal into a trance by using mind control.

I will post the link here as soon as History2 has unlocked the video.

What he did after the filming though was most extraordinary as he worked with one of my female alpacas who that same morning was behaving very strangely. She was almost paralyzed in her hind legs and hips as well as not being able to eat as if her jaw was paralyzed. I gave her some Banamine hopeing that would help. As the day went on she showed no improvement. I told Mr. Sensei about her and at the end of the day he went to see her. She was still not able to eat. Mr. Sensei started working on her, standing 4-5 feet away from her, just using his mind and Chi power. We gradually started seing improvement and after about 20 minutes she was fully restored, moving and eating totally normally. She has never had the symptoms again!
Featured Items 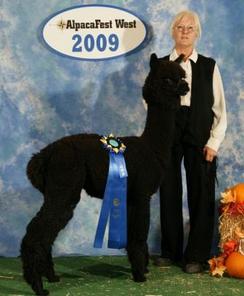 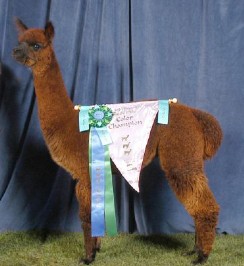